What was meant to be a time of celebration swiftly turned into a nightmare; bad news kept coming at me from all possible directions. Uncanny reports of violence and sickness landed like heavy parachutes in the night, draping themselves over my prevailing upbeat mood. The war in Iraq was entering its second year and three days before his release of duty, my girlfriend’s brother, a US soldier, was thrown off of a look-out post by the blast wave from a mortar attack. In this incident the media only reported of casualties and the army itself wouldn’t provide any information. Days went by without us knowing anything about his condition. He had left for the war not supporting its cause and now it seemed unclear in which state he was going to return.

Simultaneously, a friend had attended the opening of an exhibition at a Stockholm gallery when a complete stranger suddenly attacked him from behind. What he perceived as a punch was actually a knife, penetrating his winter jacket and puncturing one of his lungs. The blood seeping from his wound slowly stained the cold white snow that covered the city streets.

Another friend, who had a part in the production of the art piece that now called for our celebration, happened to be quarantined after catching a virus during surgery. On top of all this my father’s health was rapidly deteriorating after a life-long battle with Crohn’s disease.

These four individuals’ relation to me is like the earth’s relation to the other planets and the frequency in which their paths are crossed. In the big picture we all appear very small and the meaning of our lives is reduced to signs and traces. Only in retrospect can I see that walking into the woods was an act of self-preservation.” 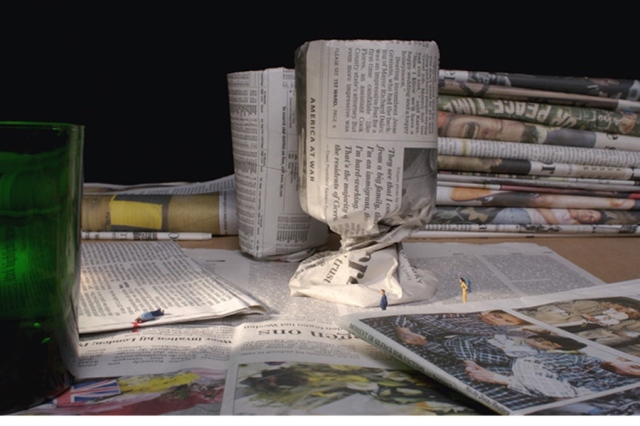